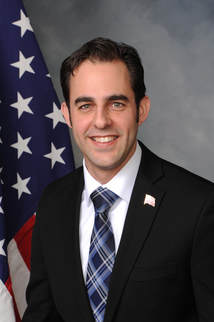 Jesse Sloane is a native of Bensalem and former Naval Officer.  After graduating from Bensalem High School, Jesse earned bachelors degrees in music and engineering from the Peabody Conservatory of the Johns Hopkins University and Drexel University.  Jesse joined the Navy while completing undergraduate course work at Drexel University and was commissioned as a Naval Officer upon graduation.  He spent seven years serving in and working for the Navy and Department of Energy while simultaneously earning a master’s degree in nuclear engineering from the Pennsylvania State University.  While working as a Lead Engineer in the Reactor Refueling Division of Naval Reactors, Jesse ensured the safe shipment, packaging, and storage of the Navy’s spent nuclear fuel from submarine and aircraft carrier nuclear reactors.  Jesse returned to Bensalem in 2015 and now works as an engineer and consultant, providing expert witness services related to construction delay projects.  He is a licensed professional engineer in Pennsylvania and Virginia.  Jesse lives in Bensalem with his wife, Stephanie, and their three children.  He is a member of Congregation Tifereth Israel in Bensalem, and is currently serving on the Long Term Planning Committee for the synagogue.
​
Contact